The ping command can be used in its basic form by nearly all Linux users, so they know how to use it. Nonetheless, there are many other ping options and variations available. With the following guide, you are going to learn five of the most useful Linux ping commands.

UNIX and Linux distributions can use the commands in this article. The example and output samples below were generated using Ubuntu 18.04.2 LTS as the test system.

With ping, either the IP address or the hostname of the target computer is entered at the command line prompt of the same name. In the case of computers on different local networks, specify the domain.

During World War II, ping was used to locate submarines by emitting pulses of sound – a process that locates objects using sonar technology. Within the submarine, the sound pulses were perceived as a light knocking, also known as a “ping.”

How does ping work in Linux?

Linux ping is an easy-to-use but powerful tool that determines if a network is available and whether a host can be reached. Test the status of a server with this command. You can also use it to troubleshoot connection issues.

You can use the ping command to:

“Pinging” is the act of sending ICMP echo requests to a remote host and waiting for a reply. You receive an echo reply if your connection has been established.

It is displayed when a packet reaches its destination and returns in the ping command output.

Responses continue to be printed until interrupted. Ping statistics appear after each session.

How to Use the ping Command?

In basic terms, ping involves putting the hostname, the name of the website, or the exact IP address in front of the ping command.

Use [option] [hostname] or [IP address] to ping

To determine if a remote host is online, in this case, google.com, type the following command in your terminal:

Send a ping to google.com

To stop the process, press Ctrl + C on your keyboard.

ping Commands in Linux with Examples

Ping localhost to confirm you have a network connection if you are having difficulty reaching a website or remote machine. Check your network interface by using one of the following methods:

How to Limit the Number of Pings?

As a default setting for the ping command, the request is sent continuously until the command is terminated. One of two methods can be used to limit the number of pings.

Using -c and a number will make the ping command automatically stop after a certain number of packets have been sent. The number of ping requests can be set, as shown in this example:

Despite its name, ping does not send packets after two requests, as shown in the image above.

Set the time limit for pinging

To stop receiving ping output after a certain amount of time, add -w and an interval in seconds to the ping command.

Generally, pings are high-pitched, sharp tones that sound musical. If you tap a spoon against a crystal glass, you might hear a similar sound. The meaning of this is entirely different in IT.

This article explains the basics of Ping, explains how it works and shows how it can be used to monitor networks.

Why Would I Use Ping?

Even if you didn’t realize it, you’ve used the ping command when performing a speed test on your computer or network. Testing the return time of a message bouncing off a remote server.

Ping can be used to troubleshoot connectivity, devices, or networks, among other things.

Connectivity problems are resolved by pinging. You typically use this technique to check if two machines are connected. If you want to determine whether a printer or copier is offline or if you are able to connect to a router, you can use ping to test the connection. A ping command is one of the first steps you should take if you’re having trouble with an application hosted on a server over a network. Then you can narrow down the problem. You may have a problem with the server or application if your ping comes back with fast response times.

With the ping command, you can verify that a website is operational and that the connection is functioning.

Pinging almost any networked device makes checking network connections incredibly valuable. The ping protocol can be used to test the throughput and speed of routers and servers. If you want to locate each attached device in a particular range of addresses, you can ping across the range. Similarly, you can test the name and address of each computer. An IP address can be pinged, but the computer name isn’t.

It is likely that you are facing a routing, congestion, or networking issue if a ping returns a successful connection but has long response times.

For monitoring network reliability, a ping command can be run manually or automatically as a scheduled task. A failed ping indicates a problem.

When the host does not respond to the ping command, either nothing will be returned or a timeout notification will be displayed. Due to the 4 requests, you are likely to see four time-outs.

In order to troubleshoot this command, you can specify parameters or modifiers (also called switches). Below is a list of the commands and their correct syntax for Windows, although there will be minor differences for Unix.

You now know how to use the Linux ping command. The examples in this tutorial should provide insight into how “ping” is used in the real world.

Checking the network connectivity both locally and remotely is possible with ping.

If you want a complete list of ping options, run man ping inside your terminal. 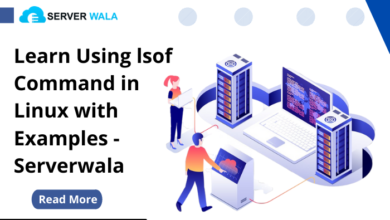 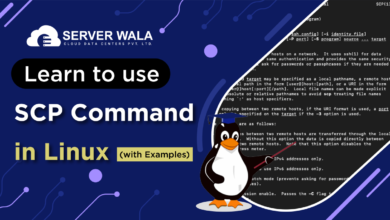 Learn to use SCP Command in Linux (with Examples) 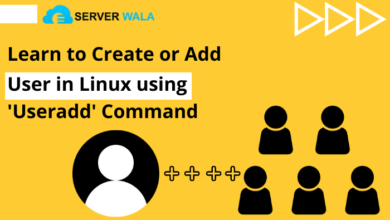 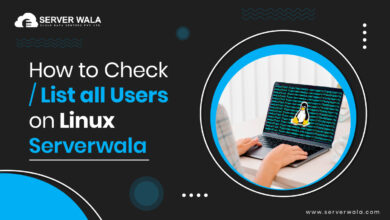