What is Python Split String?

The Python split() is known as the methodology that facilitates you to Split a String in Python into a list. The resulting list displays the values that get separated according to a separator character. By default, the separator is whitespace. And the common separators basically are white space and commas. Further, you can assume well that dividing the contents involved in any string into a Python list serves as a basic operation.

To take a general example, let’s suppose you have a list of ingredients that can make up a recipe. Now, splitting up the ingredients into a list can be helpful. This is where you can employ the Python Split String method for getting the required list. In other words, the split function in Python lets you break down a string into a list of substrings according to the separator you set.

In this article, we have come up with a tutorial to provide insights into everything you can require for utilizing the Python split() function effectively. It includes examples so that you can better and easily understand the usage of Python split(). Once you get through this tutorial, you will be skillful at using the Python split string.

Requirements of Split Function in Python

Strings are referred to the clusters of characters. With the help of strings, you can store, manage and control text-based data in your programs of Python. The strings are also one of Python’s sequence classes. This is because they enable you to store data sequentially. Check out below the example of a string in Python:

temporary_string = “It is the temporary string that I made!”

In this code, we have assigned the string “It is the temporary string that I made!” to the variable temporary_string.

There are numerous methods you can utilize in order to Split a String into smaller fragments in Python. The split function is one of the essential examples of a string method that leads you to divide your string easily as per your needs. Dive into the following section and explore how Python split string function works.

Also Read: How to Install Pip on Windows 10 for Python? (Step-by-Step)

The Python split() method helps in forming a Python split list out of the entered string. Typically, a string is separated according to a separator character. The default character here is a white space.

split() comes as a built-in function in Python. This also implies that you are not required to import any libraries in your program in order to utilize the split() in Python. Mentioned below are the principal elements of the split() function –

At the end of a string, you need to append the Python split() string function. This way is standard for string methods. You must not enclose the string you wish to split in the Python split string method just as you would in the case of printing a string. The split() function takes two parameters and returns a copy of the string illustrated as a list. This is because strings are unchangeable, which signifies they can not be modified. Thus, split() does not tend to alter your original string.

Get a glimpse of a some samples of the Python split string method to illustrate how it functions.

Here is the command you need to execute in Python –

The above code will return the following:

Here, we have defined variable named elements for the ingredients. This variable will store your list of ingredients that are being separated by utilizing a separator called comma (,). Further, we have employed the Python split string (split()) to divide the elements string with commas and used the separator parameter to inform Python that the string must get separated with a comma. Then, we allocate the outcome of the split() function to the variable list_of_elements.

We can next print out the variable list_of_elements to the console. You have observed that the code turned the string into a list with seven values: one for every ingredient.

Are you a PHP Developer looking for a job change? Look for Jobs for everyone on Jooble.

Controlling the Number of Split Strings in Python

Python also enables you to control the number of split strings. It provides the maxsplit parameter that can be employed to determine how many times you want your string to get split.

For example, let us suppose you are only required to split up the first four ingredients in the list. Then, you can execute the code as – We could do so using this code:

The above code will return the result as –

In the above example, we have defined the value for the maxsplit parameter in the code. The value of this parameter is assigned with 4 and the value of the separator character is set to comma. Since the maxsplit parameter has been set to 4, the string gets divided into a maximum of four entities. Further, the rest of the string gets added to the back of the respective list. Consequently, the list now consists of four items separated by a comma. The first four entities are unique elements, and the last entity in the list comprises the rest of the entities from the actual string.

Also Read: How to Install Python on Windows 10?

You have learned how Python split string function permits you to divide a string into the needed list based on the specified separator. You can make use of Python split() to split a string by the separator, for instance, commas (,), the letter H, etc. With this tutorial, you have gained enough knowledge about the basics and usage of Python Split String by Character or Space. Without a doubt, you are all set to utilize the split function method in Python just as the Python professional. Furthermore, you are most welcome to ping your queries, and our experts will respond to them with accurate answers in the minimum time possible.

How to Find the Best Web Hosting Provider for your Website? 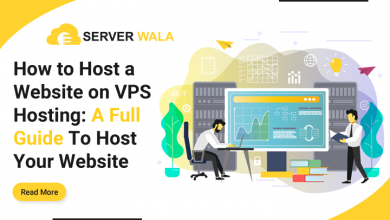 How to Host a Website on VPS Hosting: Complete Guide