Windows Server 2016 has been dominant in the hosting services since its beginning. However, technology upgrades itself and we get new versions of softwares, hardwares and operating systems. Windows Server 2016 has been the most suitable product for many businesses including small ones as well. It has various features that make handling of websites very easy, it is a template which served many purposes. But that time has come to embrace new technology which gives more innovative features and makes operations easier.

When it comes to server hosting solutions, security is the primary concern for every customer. The 2019 version of Windows Server gives enhanced security with better elements that not just protect your website but make it more efficient. It is evidently the best mechanism to fend off the cyber attacks and covers the entire system. In the past few years, incidents of DDOS and other fatal attacks have increased according to a research conducted by Microsoft.

With this upgraded solution, you get shielded virtual machines integrated into the template. This particular addition helps greatly in the process of troubleshooting. Moreover, it is not just limited to Windows, it can also be applied to Linux frameworks.

It also comes with better threat detection systems which strengthen the overall security ability of the server. The Windows Server 2019 is equipped with Windows Defender Advanced Threat Protection (ATP), that helps in detecting malicious malwares even before they infiltrate into the machine. The detection of vectors could be done very effectively and it helps in countering potential attacks. It also enhances the performance by making the access easier to memory, kernel sensors and prevents tampering activities as well.

Alongwith robust security mechanism, Windows Server 2019 also introduces a hybrid approach in cloud. The in-built cloud system on this hosting mechanism involves the cloud environment which does not keep the data on any system and also makes a little room on storage on physical devices if the need arises. This approach is very useful for machines based on technologies such as IOT and artificial intelligence. The launch of Windows Server 2019 coincides with Honolulu server management tool’s. The integration of this tool makes the access to VPS services easier. It is also a great help in executing tasks such as File Sync and disaster recovery. Both of the tasks could be carried out with no impact on applications or infrastructure.

Lately, every organization has been trying to diminish the size of IT operations from the servers as it is deemed risky for security. To make this possible, smaller containers had been introduced with Windows Server 2016. They registered a huge rate of adoption and continue to be an integral part in the upgraded server as well. Docker Hub, the supplier of container images has reported a great surge in in the number of downloads. The 2019 version has been launched with the goal of reducing the core base of server by minimizing the size of images.  Implementing this version of Windows Server has resulted in boosting of performance in various operations.

With the new version, you also get more choices in terms of container. The overall degree of networking, storage and computing has been significantly enhanced with Windows Server 2019. The previous versions of server also bothered many developers when it came to inducting navigational components. In the 2016 version, a separate mechanism, Windows Subsystem on Linux (WSL) was configured to troubleshoot this issue. In the new version, the same mechanism has been used, but its functionality has been enhanced.

This particular innovation has been lauded highly by the server industry in past few years. As per the report published by IDC, the HCI market saw a growth rate of 64% in 2016 and i9s estimated to become a $5 billion market by 2019. The basic reason behind this uptrend towards HCI is its ability to synchronize the storage and computing. Microsoft became the first company to provide the HCI solution with an affordable price and adaptable design. In addition to that, it makes the management very easy by tackling multiple tasks at the same time. This is achieved because of its integration with the Honolulu tool.

What would be the price for Windows Server 2019?

In terms of price 2019 hasn’t made great leap in comparison to its previous counterpart. The rates are almost the same and you can easily upgrade to Windows Server 2019, if you are currently using Windows Server 2016.

The blogs are written by a team of in-house technical content experts. They handle everything from research to writing and publishing. 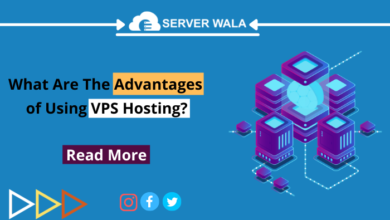 What are the Advantages of Using VPS Hosting?

Vmware vs. Virtualbox: Choose the Best 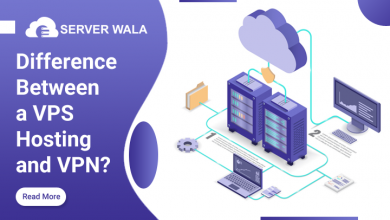 Difference Between a VPS and VPN Why Do You Need Fully Managed VPS Hosting For Your Business?