When various huge industries make their contribution towards the Green world, how can the IT industry be left behind? The IT companies have declared their dedication towards “Going Green” agenda. By the time, the commitment of the companies is only going stronger. The company Microsoft announced some months ago that it would acquire carbon neutrality by 2030. Amazon has also announced the same to achieve by 2040. Many other social platforms like Facebook, Netflix, etc., have also joined the chain and are maintaining the sustainability reports. These reports mention the efforts that they are undertaking to reduce the environmental impact and track its operations.

It is comparatively simple to make such significant commitments for the vast IT companies that have the filled money pockets. They have enough to buy entire wind farms on rent to power the data centers. However, things were quite difficult for small firms to take a sustainable approach with budgetary revenue until the convergence hybrid cloud architectures came up. The hybrid solution has made the sustainable approach feasible for small companies as well. Utilizing the modern and advanced hybrid cloud frameworks, the colocation data centers and cloud providers are making investments in renewable energy. In a turn of this cause, many enterprises have got IT sustainability. Continue reading to understand the concept in particular.

How are Data Centers Related to Renewable Energy?

Several reasons make little challenging to determine how green the workloads are, no matter you are operating them on-premises, in a colocation data center, or a public cloud. One of the reasons is the uncertainty of the service providers’ commitments in terms of renewable energy.

For instance, big enterprises such as public cloud providers commit to giving carbon neutrality, as we have mentioned before. However, you cannot get sure if they operate free of energy generated by fossil fuels or utilize carbon offsets to make up for the dirty energy they consume. In most cases, the scenario remains unclear.

Similarly, let’s take the case of colocation data centers. You cannot get ensured if their commitment means utilizing complete renewable resources or cleaner fossil fuels, such as natural gas. The colocation providers will not generally let you have the full insight into their strategies for energy sustainability. For example, Equinix data center claims that 92% of its energy is obtained from renewable resources. It also commits to strive for the energy efficiency of its data center infrastructure. But again, there is no transparent data or information that can tell you how it defines clean energy. Many other colocation providers also conceal the fact and data to determine what clean energy actually means to them.

Though, exceptions can always be there in the list. One such exception is Switch in the colocation market that can be trusted with its commitment, which says its data centers have been powered by renewable energy for around four years.

Notwithstanding the uncertainties encircling the thought of what clean energy actually implies for various public clouds and colocation data centers, you can still put the trust in those committing. It is fair to assume that in most cases, such providers are managing the infrastructure efficiently and are closer to carbon neutrality than the average on-premises data center. That is because the significant cloud and colocation data centers pressurize the utilities to deliver cleaner energy for their data centers. However, the companies hosting workloads in their own amenities generally need to accept whatever energy sources their local utilities grant them.

How Hybrid Cloud and Colocation can Sustain Energy?

If you want to go for the Green commitment, opt for the colocation provider and cloud provider who persevere renewable energy for its operations. It will be a wiser decision to switch to the public cloud or colocation facility if you have an on-premises data center to reduce the business’s carbon footprint.

Since the coming up of the hybrid cloud frameworks, it has become easier to take a shift or move very smoothly. The platforms such as Google Anthos or Azure Arc, which are container-based hybrid clouds, enable companies to let them shift their servers to the colocation facility and control them from the public cloud without amplifying bespoke management tools.

You can decouple your applications from their operating infrastructure using the hybrid cloud frameworks that Kubernetes facilitate. It will make you place the workloads in the public cloud and others in a colocation facility. And, you will still be able to control them in a consolidated way.

This way, customers and businesses can take the privilege and be the part of green-energy initiatives taken by multiple providers simultaneously. The hybrid cloud and colo flexibility will also let you modernize the architectures as the renewable-energy landscape surrounding data centers.

Renewable Energy in Data Centers has some Challenges

Since many enterprises are announcing and taking the initiatives towards energy sustainability, it still does not claim that the next-generation hybrid cloud models drop all the data center challenges in maintaining the usage of renewable resources. The ambiguities of how the enterprises implement clean energy and carbon neutrality will be there until they do not disclose the exact details of their energy sustainability plans under the regulated reporting.

Also, electric grids are dependent on various energy sources to power most data centers, making it unclear to identify the roots of the electrons that render power to a different server at any definite time. The large companies come under exceptions as they negotiate bespoke solutions with infrastructure providers. However, it is still challenging for various other enterprises to provide renewable energy sources as mainstream commodities.

Though with the rise of hybrid cloud technology and colo facilities, many have got an opportunity to a considerable extent to cross the hurdles of challenges that lie before the usage of renewable resources. The foremost step that one can take is to switch to the hybrid cloud infrastructure from their on-premises data centers before all the companies can make carbon-neutrality promises on the number of huge enterprises such as Microsoft, Amazon, etc.

It has always been said that to make an initiative successful, we have to make a two-way street. To give height and progress to renewable IT operations, both customers and enterprises need to take a step towards the usage of renewable resources in their daily life in however way they can. When both sides are on the same page, the cost, efficiency, demand, and amount of renewable resources will become accessible to each and every individual one day. As explained in the preceding sections, one can quickly move closer to the initiative of renewable IT operations by encouraging the hybrid cloud and Colo facilities for businesses. 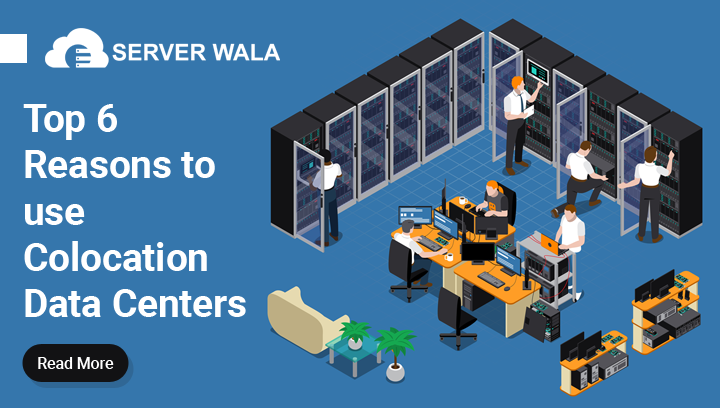 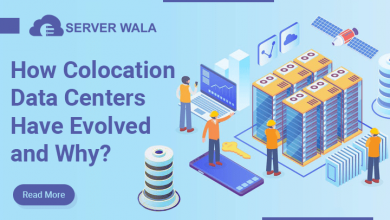 How Colocation Data Centers Have Evolved and Why? 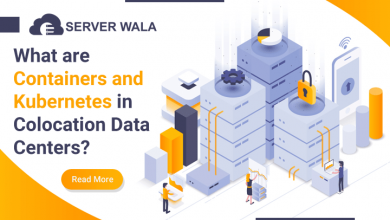 What are Containers and Kubernetes in Colocation Data Centers? 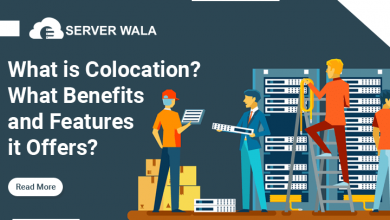 What is Colocation? What Benefits and Features it Offers?